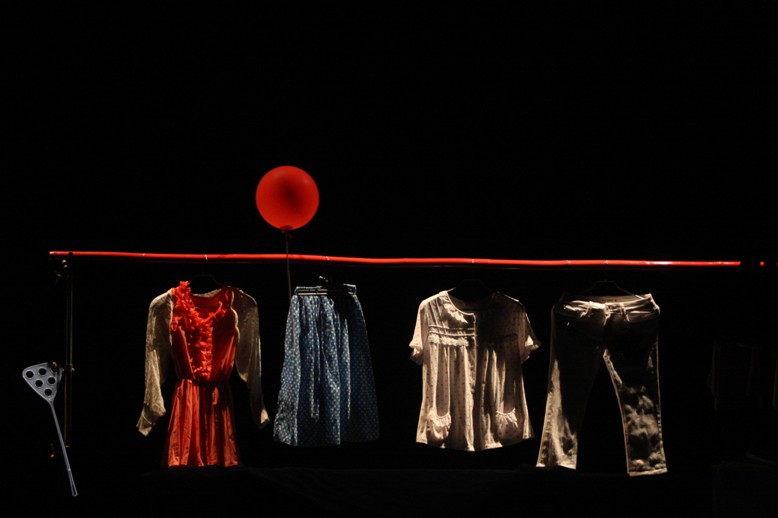 The story starts from the next-door neighbors who are doing their laundry at backyard as they compete their gorgeous and elegant clothes with each other and make a fool of themselves. A red balloon floats in at night and dabs on clothes. All the cloths are activated. As the story goes on, the next-door neighbors meet and experience competition, emotion, cooperation and so on. The story addresses relationship between parents and child, love, friendship and many other things in life. The neighbors eventually decide to help out each other to build and organize the backyard beautifully instead of dispute with each other after all the things they have been through. 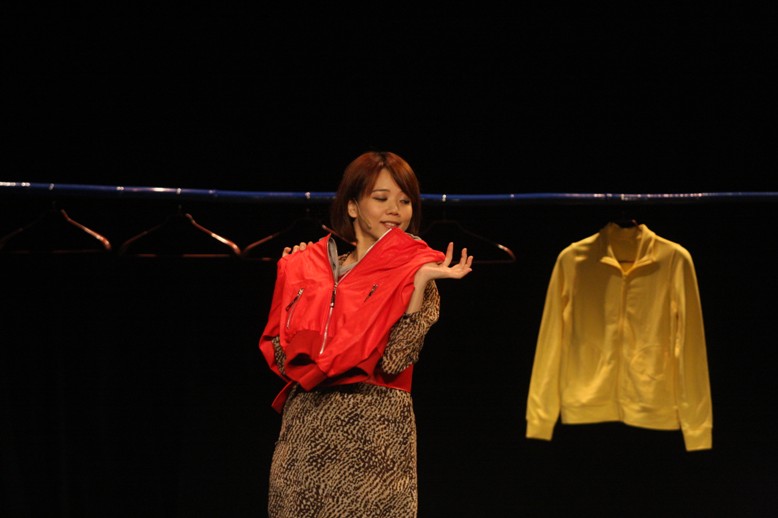 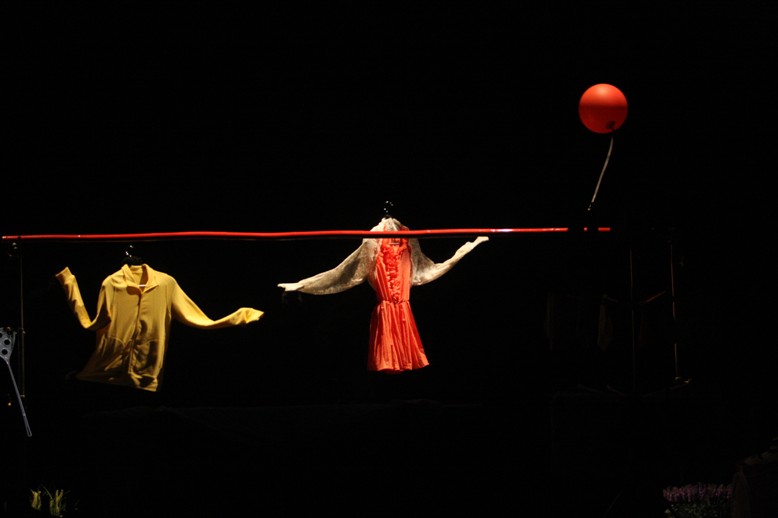 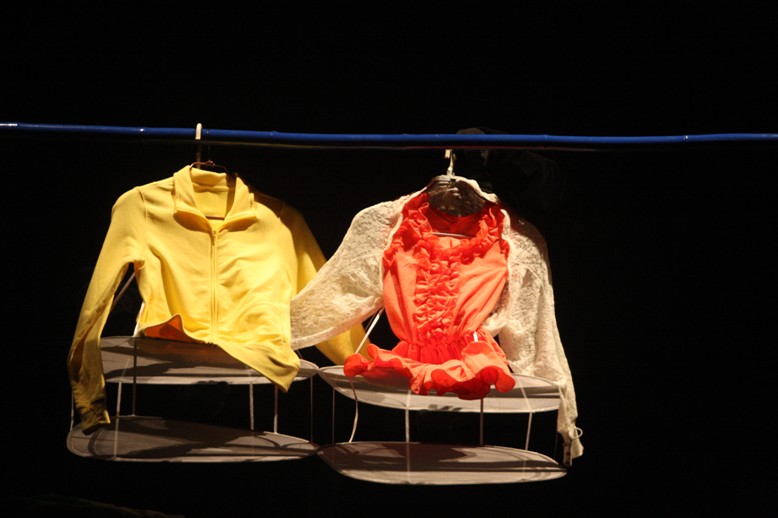 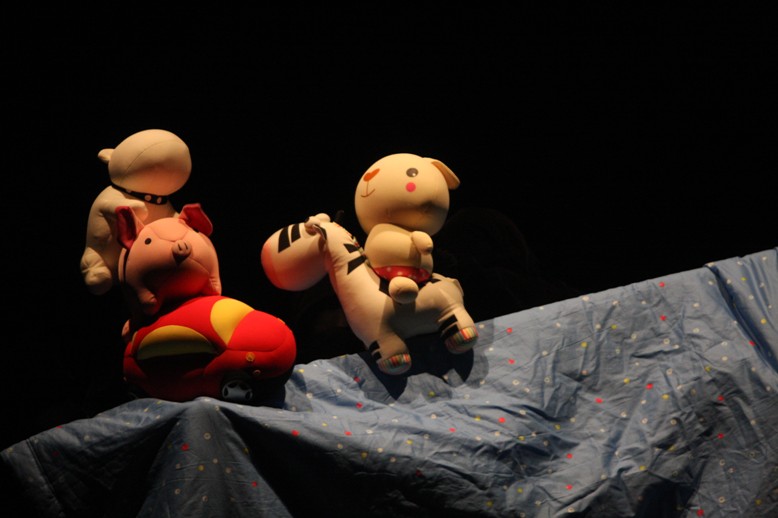 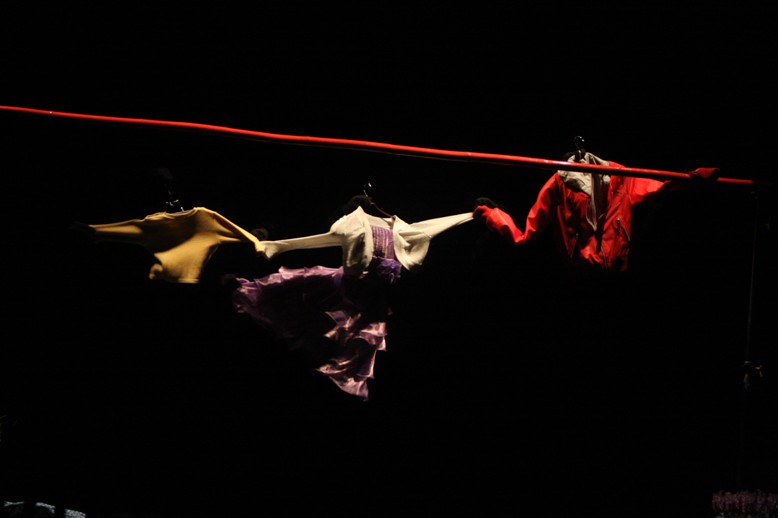 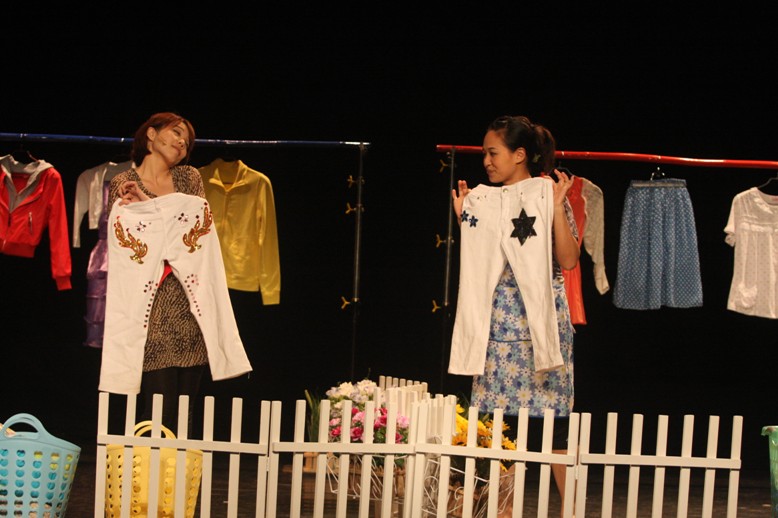