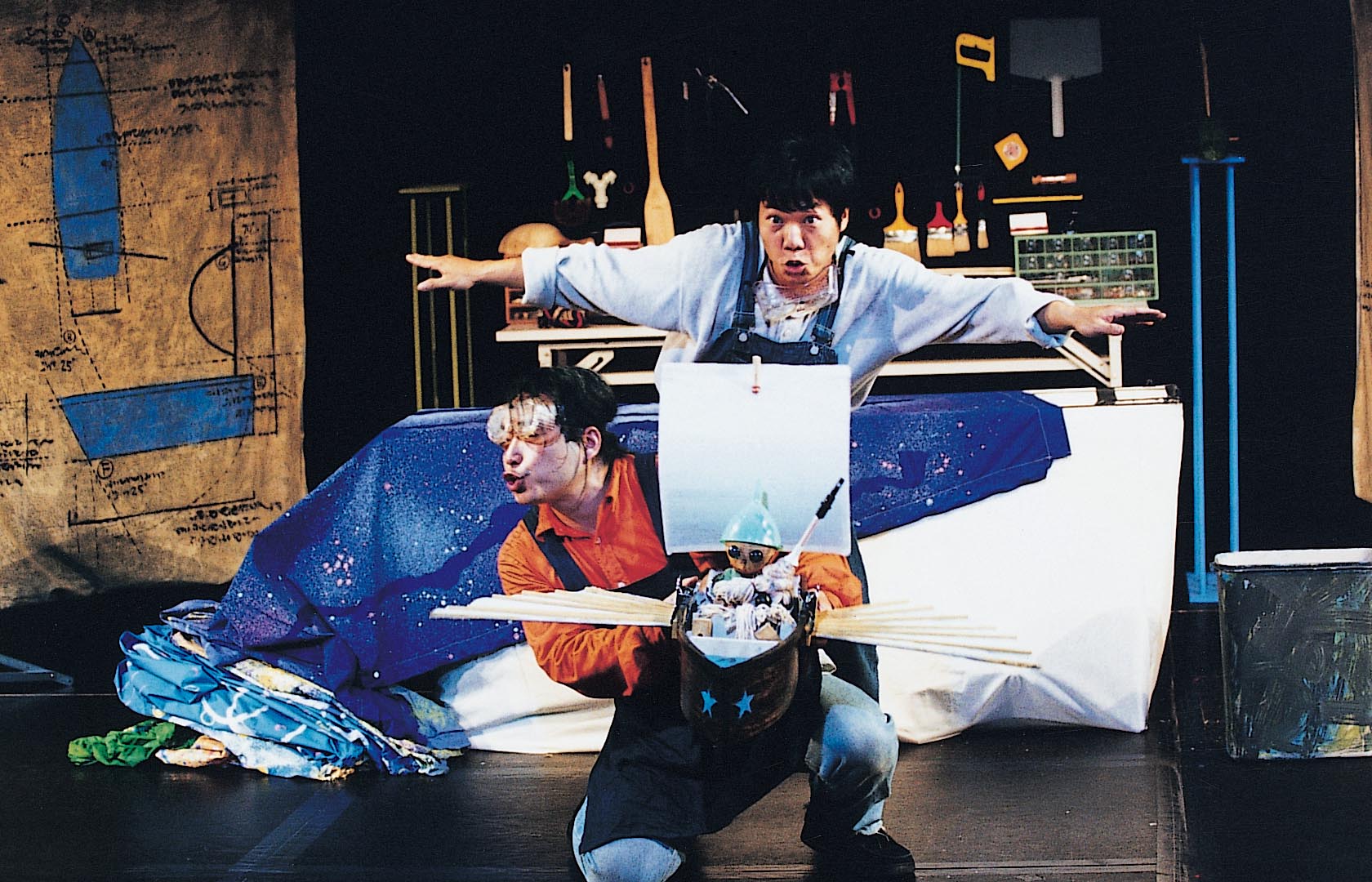 A smart piece of work intrigues your imagination!

All begins in a carpenter's tiny workshop. Two competitive carpenters have just finished their new works, a puppet and a puppy. These two new objects start to play around curiously. Unexpectedly, they find a treasure map and decide to set off for the treasure hunt. On the way walking, riding horses, taking boats and driving the flying ship, they encounter monsters and tornados! After conquering so many difficulties, at the end, they arrive at the treasure island. Can they really find out the treasure? Welcome to join their treasure hunt! 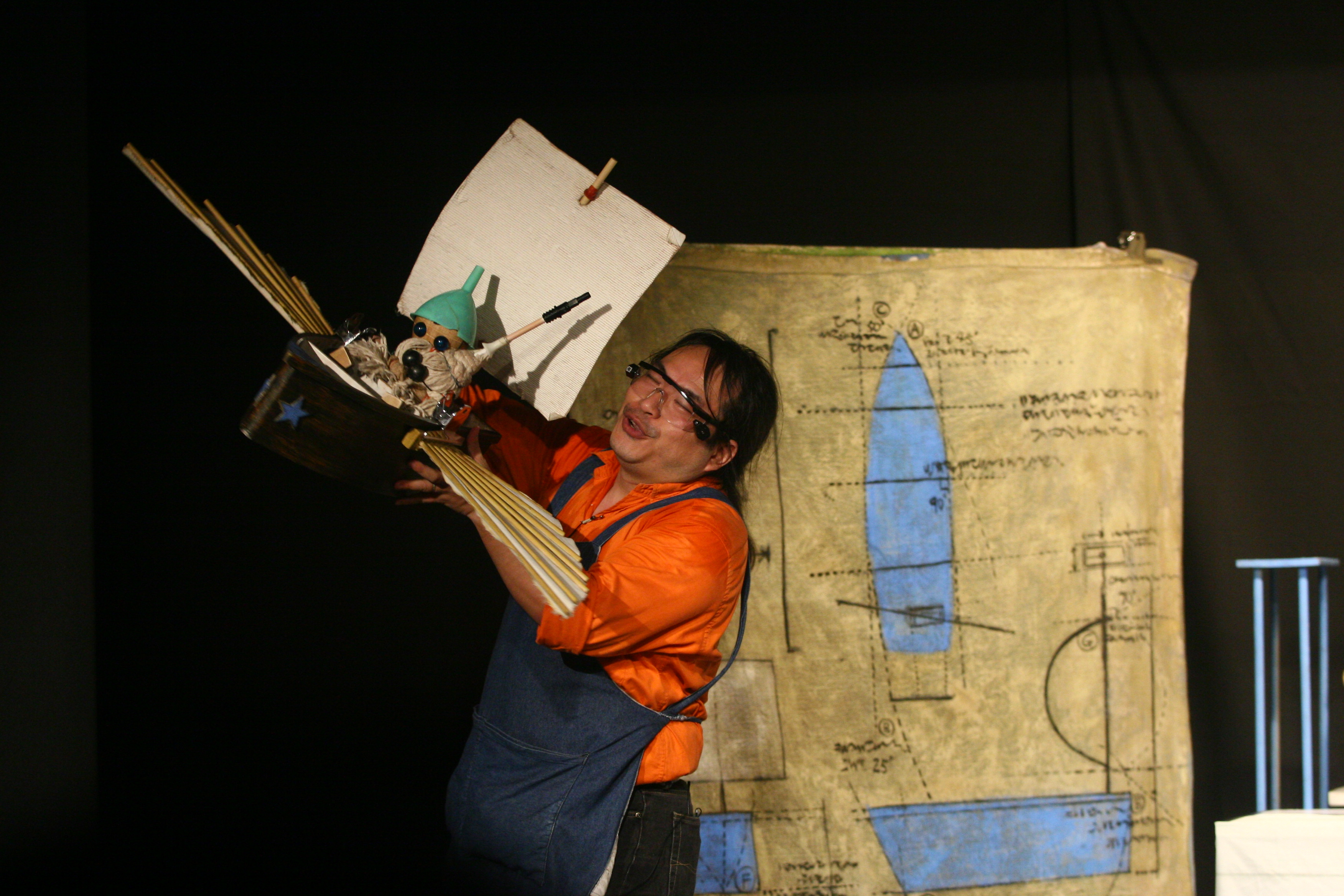 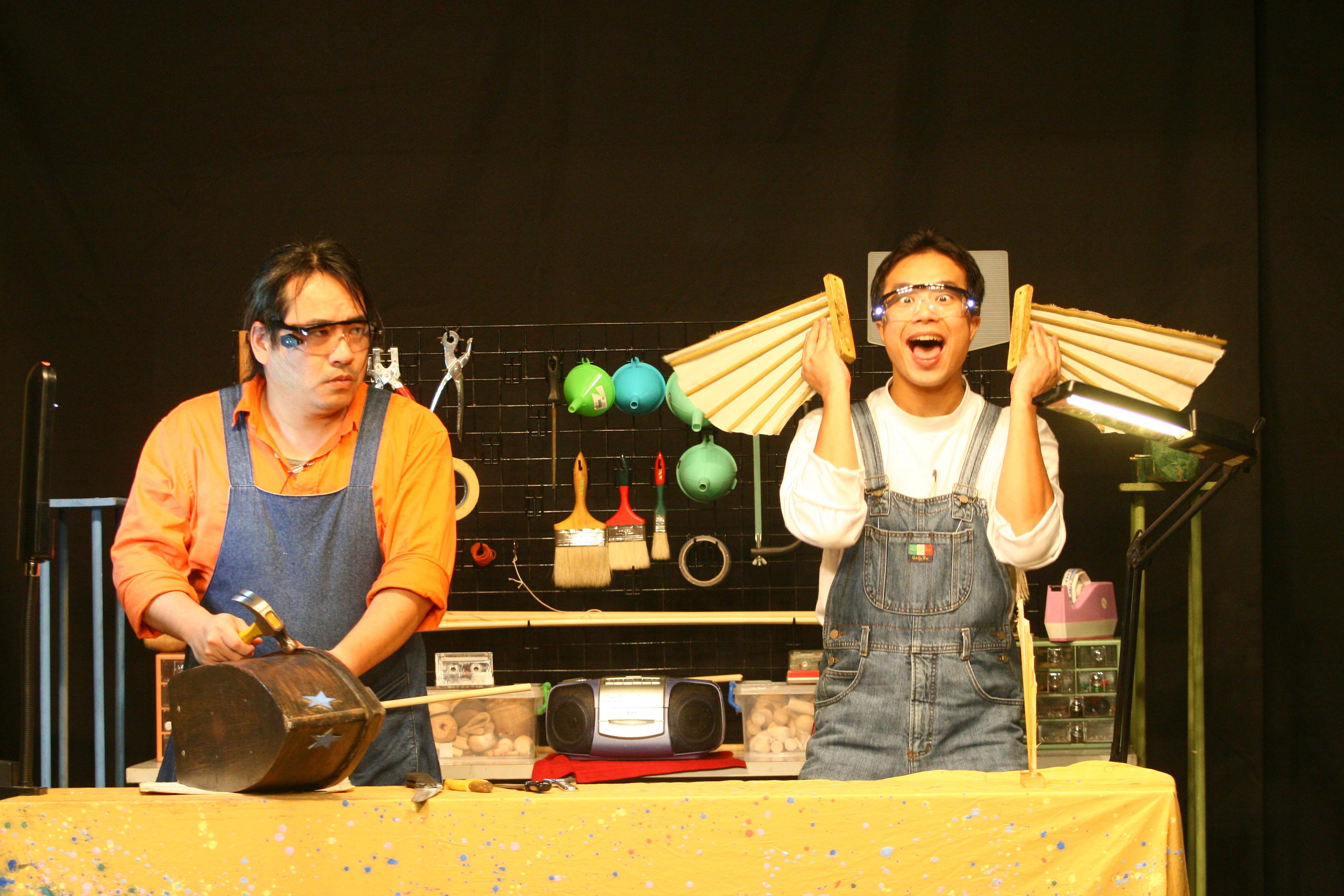 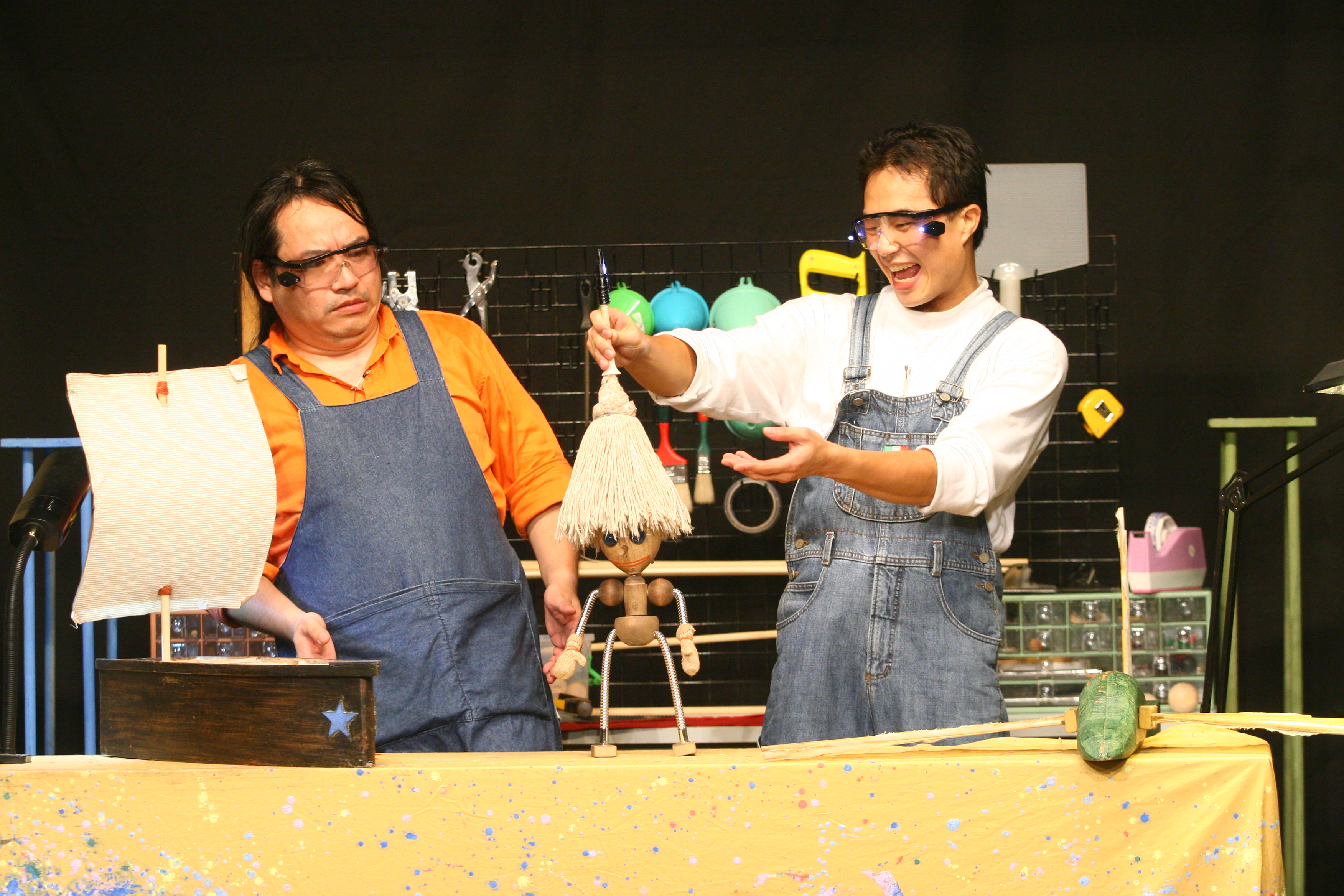 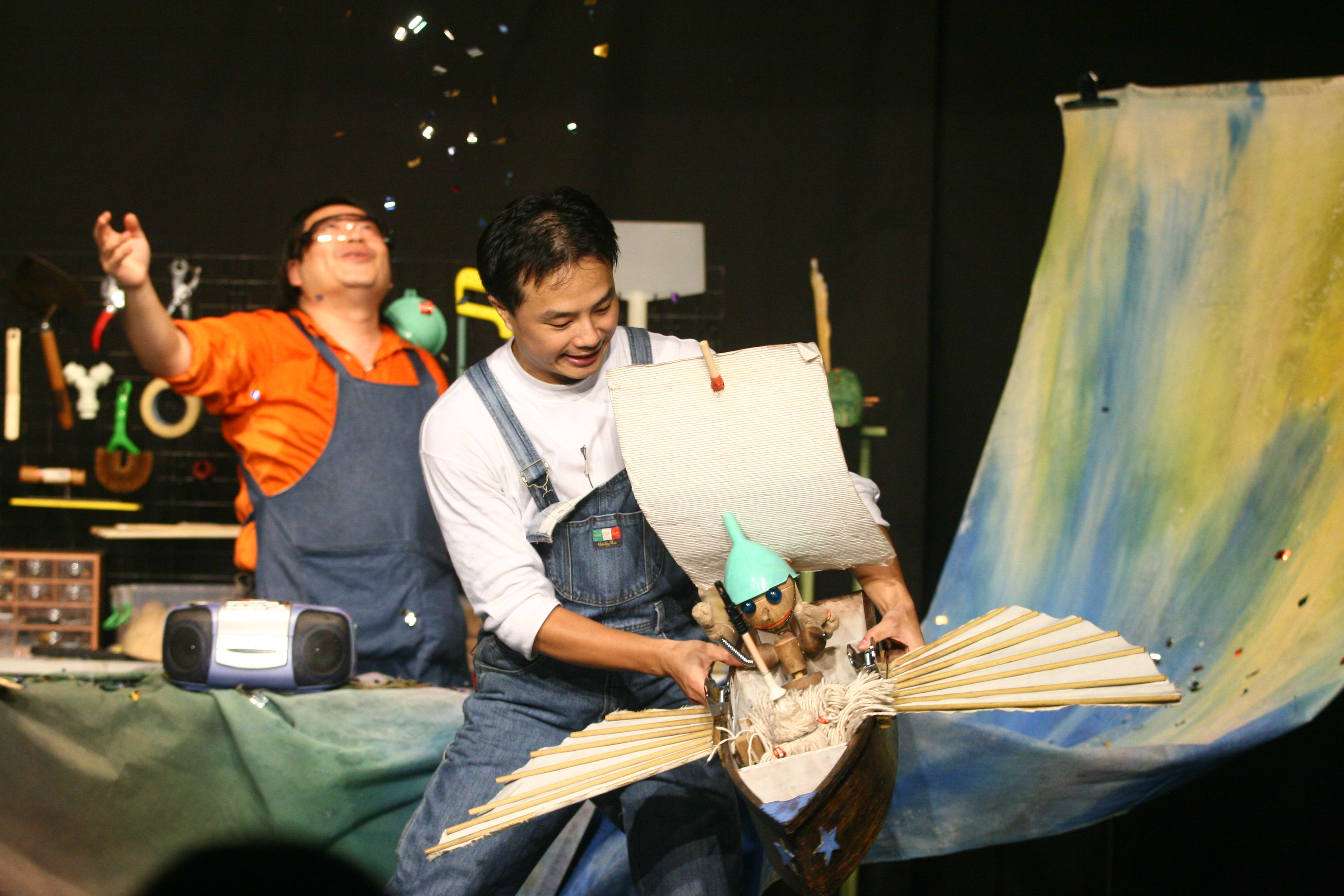 In the context of constant creative and dramatic tension, through the plan of two main characters, the playing plot with two carpenters, a puppet and a puppy reveals a harmoniously coexistent picture of self-other relation. The theater mixes with the funny aspect of children plays, and the value of arts and education under the influence of the story telling of performing arts and the artistic and creative stage design.

Adventure of Puppets is a play adopted the role plays, projective plays and the mixture of each other. The actors incredibly use various shapes of objects and play them skillfully to enrich the life of the diverse objects. What an amazing play!

After seeing this play, parents and children do not need any dolls to play house. Every single object is a puppet. In the play, Adventure of Puppets, two actors take advantage of the deserted items on the spot of the stage and assemble the creative puppets amazingly in front of the audiences. It is an ad-hoc brushing. What an idea! What a profession! What an art! If puppets did not lie, nor would my nose lengthen.